How To Have A Record-Breaking Revenue Year 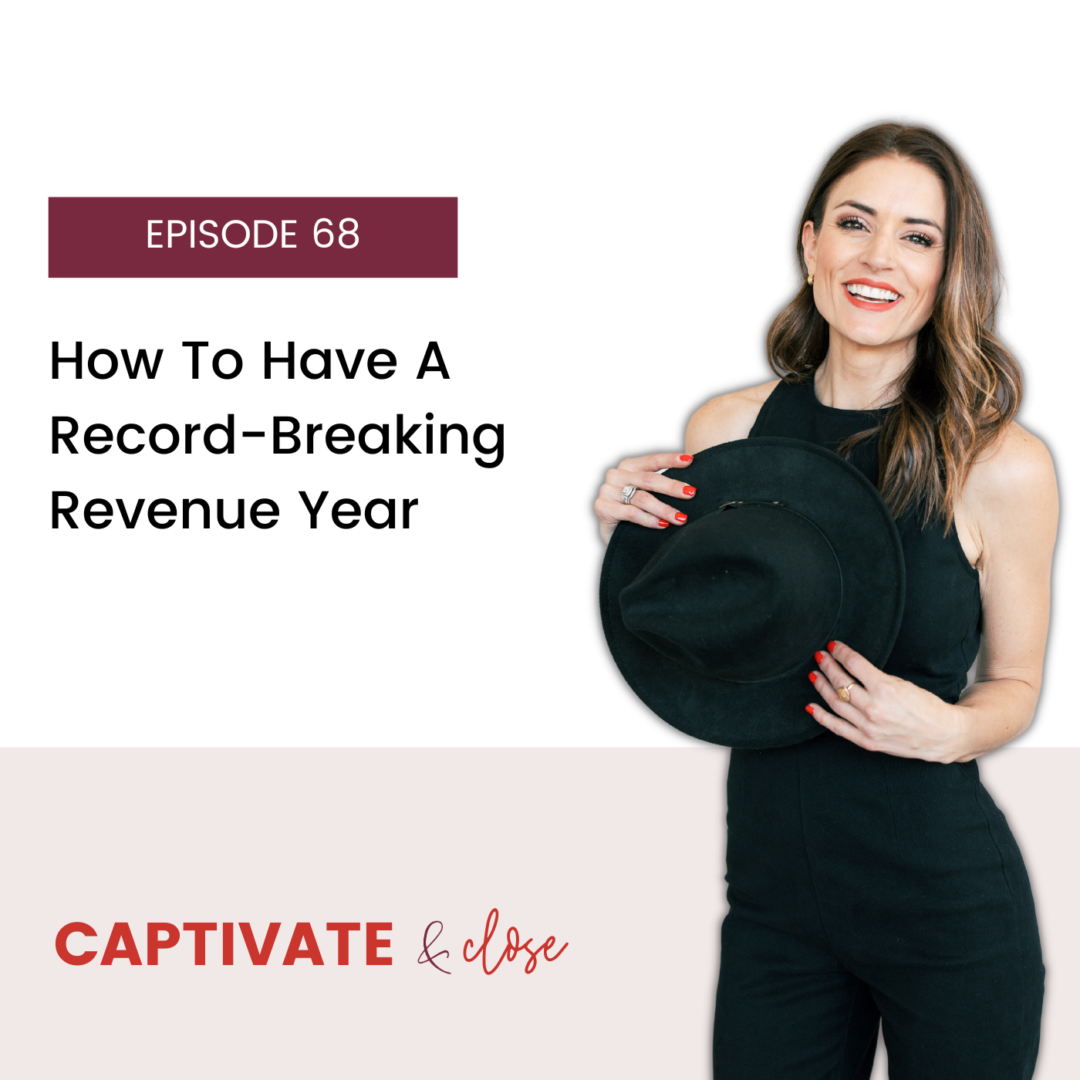 This is what it’s about. There’s no point in making a lot of money if you don’t enjoy doing it.

Tune in to discover the moves you can make in order to create your record-breaking revenue year in 2023.

Join us for our most popular annual event, Wealthy Coach Week: https://kinseymachos.com/wealthycoach

Do not miss these highlights:

02:57 Did you start your new year planning earlier this year?

03:44 It’s okay not to be okay sometimes. Be encouraged, you're not alone, even in your close circle, women feel similar feelings.

04:20 We are coming into the new year with the fresh energy of a fresh new year.

05:22 Something to pay attention to is how you follow the seasonal cycles of your business matching the true seasons.

05:52 January is when you get back in the swing of things. Finding your rhythm again.

06:18 In Project Management, you'll be hearing the sprint cycles. It's sort of the rapid-fire of initiatives.

07:28 Backed by popular demand, we're kicking off a new year. We want to invite you to the “Wealthy Coach Week”.

07:56 We will help you unlock and design your record-breaking revenue year.

08:24 It's not always about strategy. It's also about the intangible relation to your money.

08:39 Compilation of training and coaching, and it's for five days. Each day is designed to go deeper into the core element of helping you design your road map,

09:04 Day one, engage the “mind” to help you identify yourself as a wealthy coach.

09:47 Choosing a method and designing a map. It's hard to get somewhere if you don't know where you're going.

10:24 This is where people start to get confused or overwhelmed. And generally, more often than not, you don't hit your goals.

10:52 You have to have a plan, and if you stick to that plan, you will more likely to succeed.

12:07 Most people don't even set goals, they don't have a revenue target.

12:47 The new year energy that initially drives you forward quickly fizzles out. And more often than not, quarter one never goes as planned.

13:05 It's really hard to stay as planned if you can not self-coach yourself or have somebody guide you through to stay on track.

13:19 If you don't have a sustainable map to get you through the entire year as your compass, you will fizzle out, and it will be so hard to stay the course.

13:32 On Day three, we're going to talk about the “method”. There are so many different ways to grow your coaching business.

14:09 We will introduce particular methods to you, but more importantly, package them in a way to give you the three core pillars of a sustainable business.

14:37 Stay in the method which again goes back to the map and not get distracted.

14:53 We call this “the million dollar message” because one message can take you to millions.

15:24 That one message is going to inform if people buy from you or not. It's going to impact your whole marketing.

15:33 On day five, we are going to talk about the “moves.” We're gonna talk about what's next for you going from here to there.

15:54 We're gonna talk about what levers to pull next, what that looks like for your.

15:56 On first quarter, you want to do some hot seat coaching to make sure that you feel super clear on how to move the needle forward in your business and in your life.

16:08 This is a five-day workshop of “wealthy coach week.” We're going to help you design your record-breaking revenue year. And you guys, literally, it's dirt cheap.

16:41 You get the full workshop, you get hot seat coaching, you get an action guide that can literally be your compass for the rest of the year, you get a pop up group, and you get women to connect with and collaborate with.

17:09 We know that this is going to really elevate all of us together as women. So that we can kick off the year with so much potency, and power, and just that magnetism that's within us all.

18:19 We will have this is in a live workshop. We will package the replays into your members portal. So once you sign up, you'll get to log into your portal, you'll have some extra goodies in there.

18:40 So wealthy coach week, it's coming in strong, and it's going to be a really good year guys. So I'll see you there.

Kinsey Machos, Marketing Strategist, is also a recovering people pleaser, self-sabotager, and corporate hustler. She helps entrepreneurs create and execute magnetic marketing and build expert brands so that they can get known, seen and heard online.

She believes that creating a business that’s 100% in alignment with SELF is one of the most important things that we can do as women — because there’s an inner magic that we all have if we commit to an infinite pursuit of discovering (and re-discovering) that.

As a wife and a mom of three, family takes priority. And having a business that’s run AROUND her lifestyle is a daily intention of hers.

Thanks so much for listening to our podcast! If you enjoyed this episode and think that others could benefit from listening, please share it using the social media buttons on this page.

Do you have some feedback or questions about this episode? Leave a comment in the section below!

If you would like to get automatic updates of new podcast episodes, you can subscribe to the podcast on Apple Podcasts or Stitcher. You can also subscribe in your favorite podcast app.

Leave us an Apple Podcasts review

Ratings and reviews from our listeners are extremely valuable to us and greatly appreciated. They help our podcast rank higher on Apple Podcasts, which exposes our show to more awesome listeners like you. If you have a minute, please leave an honest review on Apple Podcasts.

it's serving at this caliber. And I know that this is going to really elevate all of us together as women so that we can kick off the year with so much potency and power and just that magnetism that's, uh, you know, within us all, because it's going to be such a good year, it's gonna be such a good year. And I'm even saying that in the space that I'm feeling right now, which is sort of like, you know, that hibernation, like, I don't really want to do anything I don't want to, I don't really feel like you know, doing business or, you know, putting on my CEO hat right now I'm just kind of, you know, couch on my couch, you know, with a fireplace, watching movies, and binging Netflix right now, which is so unlikely. But in this space that I'm in, I'm even feeling that awaken within me right by Twenty Twenty three plan. We're wrapping up our own sort of details with what Twenty Twenty three will look like for us and what our plans are, but it's going to be so good, you guys. So the link is in the in the show notes, get in, get that early bird discount. If you are listening to this, and it's already past the time, we'll likely keep that link up where you can purchase the replays. But we will have this is again a live workshop, we will package the replays into your members portal. So once you sign up, you'll get to log into your portal, you'll have some extra goodies in there. And then we'll also store the replays in there as well. But this will be recorded, or we'll host these on Zoom. And then you can catch the recordings in the Facebook group and also when your portal is going to be so good. So wealthy coach week, it's coming in strong, and it's going to be a really good year guys. So I'll see you there. Hey, you, thank you so much for listening. It's an honor to be able to pour into the hearts and minds of like minded entrepreneurs all over the world. But my most favorite part is being able to connect with you in real life. If you love what you heard here, head over to the community where thousands of female CEOs just like you are changing the world one human at a time. We go deeper into the topics you discuss here and giveaway tangible roadmaps to help you crush your revenue goals to join this high caliber free community head over to kinseymachos.com/community. I'll see you there