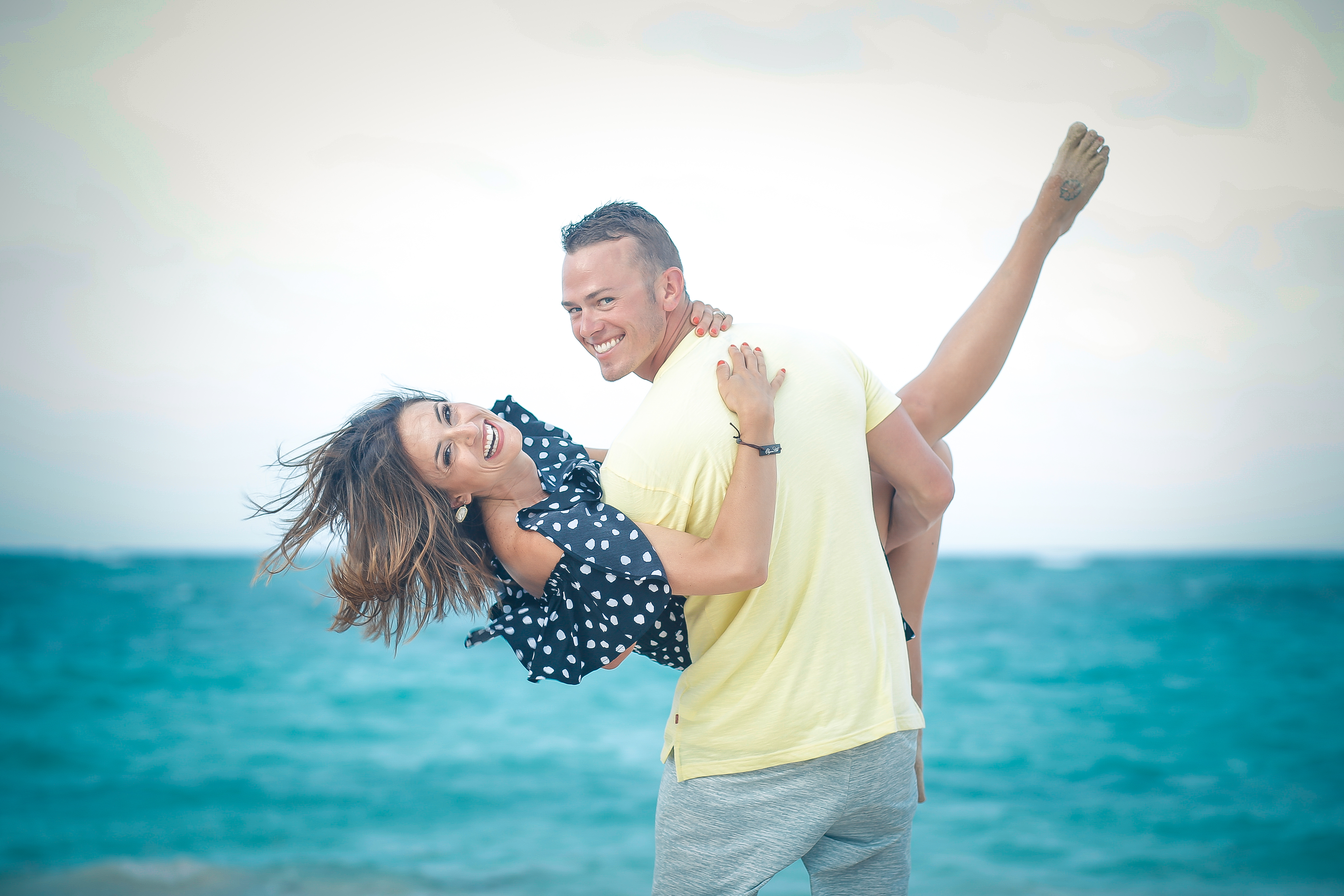 I was technically a college drop out.

I failed miserably at the university. I’m not sure if I took my newfound freedom to the extreme or just struggled finding myself in this new world, but I struggled hard core.

During that phase of my life, I remember feeling so lost. I met some of my best friends, and – hands down – had THE greatest times of my life, but there was a huge part of me that felt so out of place.

Looking back, I think it’s normal, but I was experiencing these years in a very different way than my peers.

When I realized that I couldn’t do college like everyone else, I came home one summer to figure out what my next move should be.

During that same summer, I randomly ran into my high school sweetheart and we have been inseparable ever since.

Inseparable as in we got married, had kids, and now have a life we are very grateful for.

But it didn’t happen in that order…

We did EVERYTHING backwards.

We got pregnant before we were married, we bought a house after our first born. Finished college in our mid-twenties.

If you looked at our life through the lens of statistics, you would probably say that we were just one of “those” couples.

To be honest, a part of me felt incredibly insecure about it at the time.

We were dirt poor. I was still waitressing tables when I was four months pregnant (talk about a statistical disaster), we were renting out a condo that we were also sharing with a roommate, and the only thing we technically had in our name was a 2005 Suzuki Forenza. But soon after, I got pregnant, my husband had enlisted in the military and had taken off for boot camp and tech school. Since he was going to be gone for six months, I moved in with my mom, and that (of course) heightened all senses of insecurities and the “pregnant college drop-out” stigma I had placed on myself.

But there was one thing FOR SURE that held me together though these awkward times of growth.

I was head over heels IN LOVE with my guy.

…and it was so hard while he was gone.

But I went to see him when he graduated from boot camp, six months pregnant at the time, and while I was there, we couldn't WAIT to make a commitment to spend the rest of our lives together. We went straight to the courthouse in San Antonio, Texas and made it official on May 22nd.

It was the most simple, sweet, and cherished moment.

I will NEVER forget that day.

But there was still no doubt that I was so.freaking.scared about what was to come. I was TWENTY ONE years old. I felt so young and immature.

Financially, mentally, emotionally — I had ALL THE FEELS  about where I was at in my life and where I was headed.

I have always been a big dreamer, but I felt like maybe THAT kind of life wasn’t for me. I just wasn’t cut out to do BIG things…

Then, our sweet baby boy came into this world.

…and it all changed for us.

It was like the universe sending us a reminder that we were EXACTLY where we needed to be right in that moment — and every moment going forward.

From then on, my husband and I, and our growing love for one another raised this sweet baby boy as if it were what we were called here to do and we embraced our new sense of purpose.

Shortly after, we celebrated our marriage with our friends and family with a “traditional” wedding, and went on to do great things (and more).

We both completed our undergrads, finished graduate school, raised more babies (and dogs), bought a few homes, and now have thriving and growing businesses.

But it’s not about the education, the work experience, or the money that’s given us the most happiness. It’s the raw and unconditional love that has been a foundation to EVERYTHING. Some of our happiest times were in our rented condo, scraping up couch change to treat ourselves to a fountain soda at the gas station down the street. #classy

I get chills reflecting back on our journey.. where we are today; the success, the happiness, the now family of FIVE… and recognizing that it all had to start somewhere.

And our starting point looked very different than most.

But according to who?

I wouldn’t change a darn thing about my past; even the most painful, dark, and hopeless moments. Those chapters have all contributed to who I am today and the story that we’ve written.

Our story is ours.

It’s not yours… Or anyone else’s.

And when you think about YOUR story, I want you to consider that, too.

Live your own truth. Embrace the uniqueness that comes with that. Your journey is and was made just for you.

If I COULD go backwards, I would tell my 21-year-old self to be proud. Hold your head up high. Don’t be ashamed. You are EXACTLY where you are supposed to be. And you are STILL destined for greatness.

Feel humbled by your beginnings and where you are now. And throw out the traditional “rules” of life.